The use of the hyperspectral infrared equipment allows us to solve a number of priority tasks of remote sensing of the Earth from space including increasing the reliability of short-term or medium-term weather forecast, research on global climatic processes, monitoring and prevention of consequences of natural and man-caused emergencies. 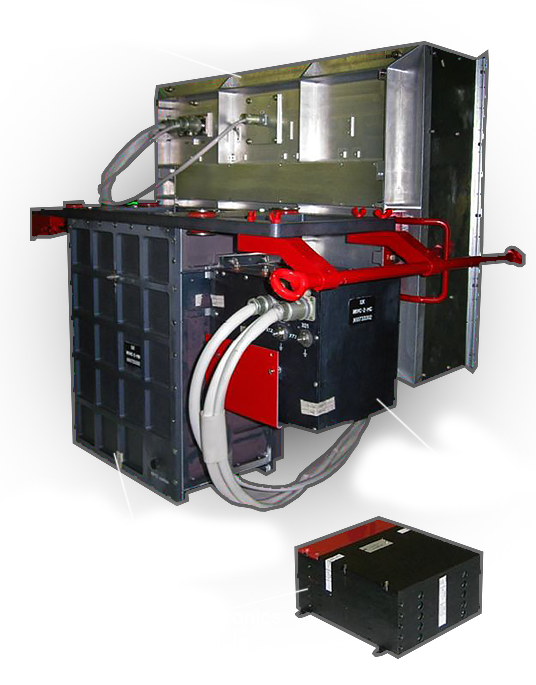 The IKFS-2 equipment is for the measurement of spectra of outgoing thermal emission from the “Earth`s atmosphere – surface” system and it is for getting a detailed information based on it about the state and composition of the atmosphere.

Spectra measured by the device can be used as initial data for solving the inverse problem of radiation transfer in the atmosphere and allow getting the following types of target information:

The IKFS-2 consists of an optical and mechanical unit, which is installed in space on the instrument platform of a spacecraft and of an electronics module placed in a pressurized compartment.

Ground-based radiometric and spectral calibration of the IKFS-2 is performed on thermal-vacuum test facilities of Keldysh Research Center. Vacuum test facilities are equipped with сryopanels chilled with liquid nitrogen, with solar and Earth`s simulators that allow simulating operation conditions of equipment similar to those that exist on orbit.

The IKFS-2 Fourier Spectrometer as part of the Meteor-M №2 spacecraft has been operating on orbit since July 8, 2014 and it confirmed the required period of its active service life (5 years). The spectra results registered by the device are compared with independent satellite measurements and they prove a proper quality and stability of radiometric and spectral calibration. The data is used for problem-solving in hydrometeorology sphere.

Flight tests of the IKFS-2 as part of the Meteor-M №2-2 spacecraft were successfully completed in 2019.

The IKFS-2 for the Meteor-M №2-3 spacecraft was manufactured and supplied to a customer in 2020.

Works on the development of Infrared Fourier Spectrometers for the Meteor-M №2-4, №2-5, №2-6 spacecraft are underway.

The IKFS-3 is being developed for the fourth generation Meteor-MP space complex intended for the Earth`s hydrometeorological and oceanographic control. The extension of operational spectral range up to 3,6-15,5 µm, the improvement of the Earth surface coating quality due to the use of multi-element photodetectors and the improvement of space resolution of the equipment in nadir from 30 km up to 10-15 km are the important upgrades in the IKFS-3 device.

Route track of the IKFS-2 as part of the Meteor-M №2 spacecraft on orbits 34007-34015 (semi-diurnal data on January 27, 2021); the width of a view zone is 1500 km; atmospheric emission spectrum of a high spectral resolution is recorded for each observation point (2701 spectral channel) 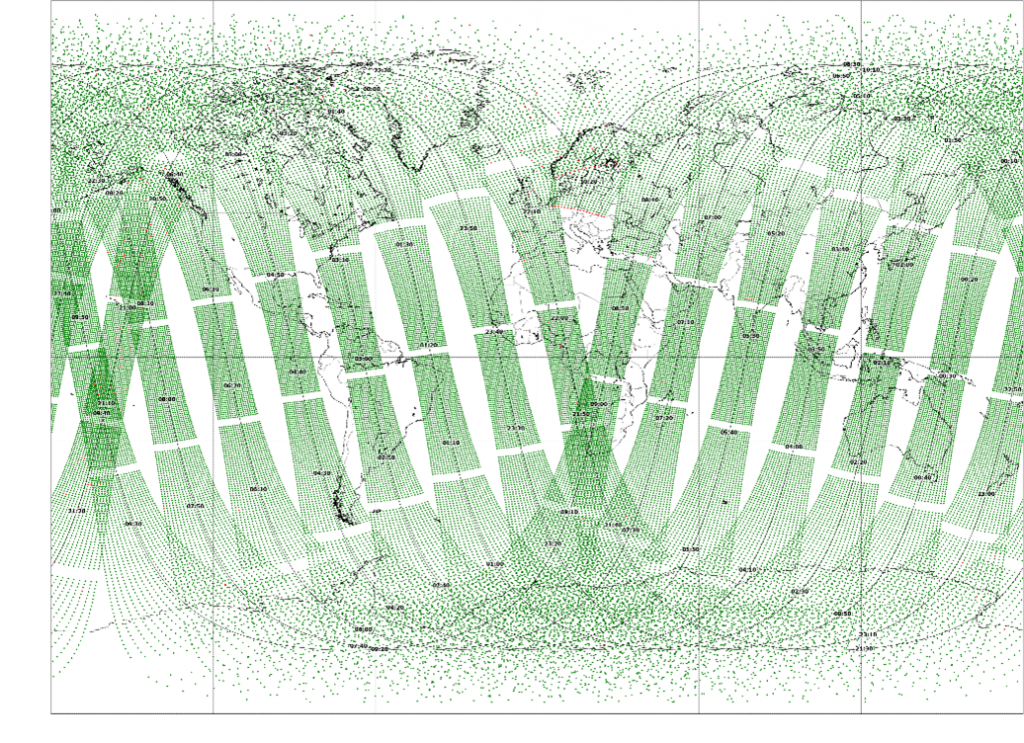