R&D works of JSC Keldysh Research Center are carried out with the use of modern and multifunctional experimental base that is constantly being improved. Test facilities consist of a series of test installations and benches most of which, by their technical characteristics, are the only ones, and they have no analogues in Russia or other countries with a developed rocket and space industry:

Model studies of acoustic and vibration characteristics of objects surrounded by a gas flow, including a supersonic stream, are conducted at the facility. The Mach number range of a flow is from 0 up to 8.

Besides that, the ejector systems and noise protection elements are studied and tested. 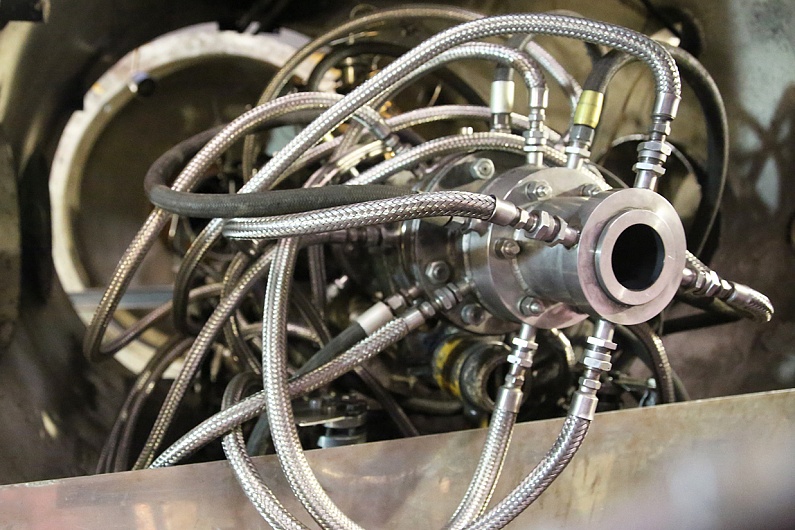 Test facility for investigation of work processes during combustion

Works on the investigation of work processes during thermal transmission and heat and mass exchange are conducted at the facility. Besides that, the materials and coatings properties are studied too.

The experimental research on improvement of protection means against fire of structural materials when heated in an oxidizing environment is also conducted at the facility.

For such studies the following nature components are used:

Investigations are carried out on environmentally friendly fuel components such as: 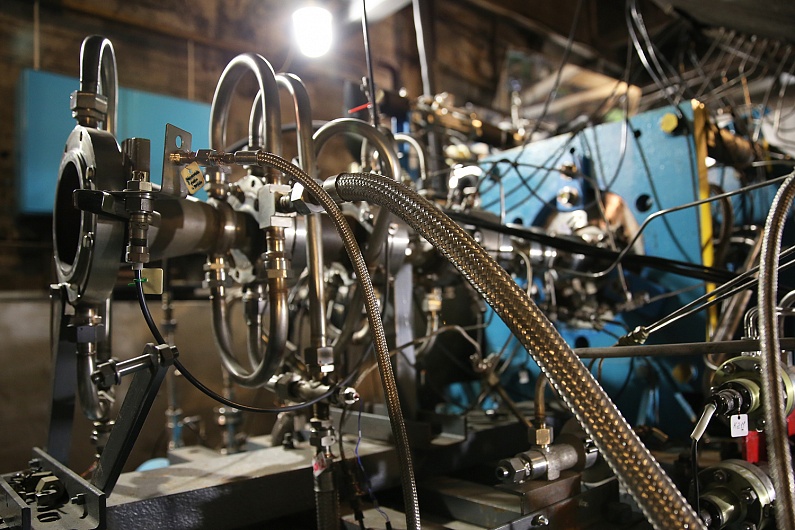 Test facility for studying work processes in pumps and turbines 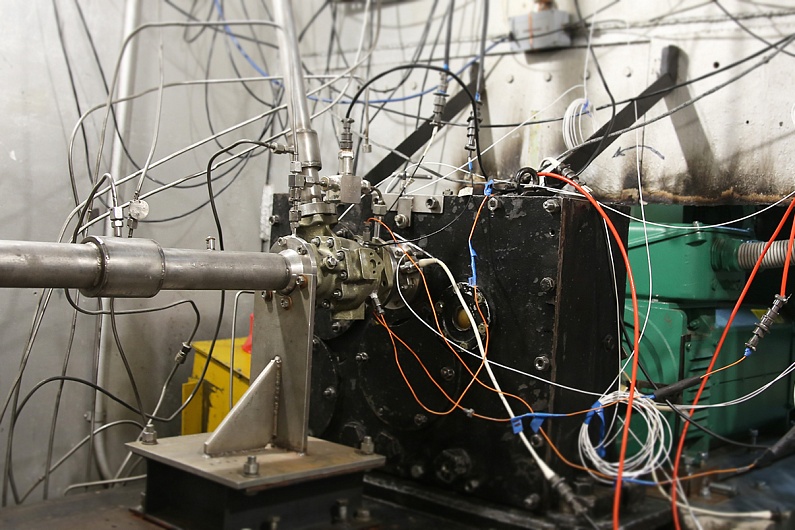 The test facility is equipped with modern measurement systems for slowly changing processes (pressure, flow rate, thrust and temperature) and a modern visualization system of a gas stream flow with a video recording on the computer.

The Mach number range is from 0 up to 6. 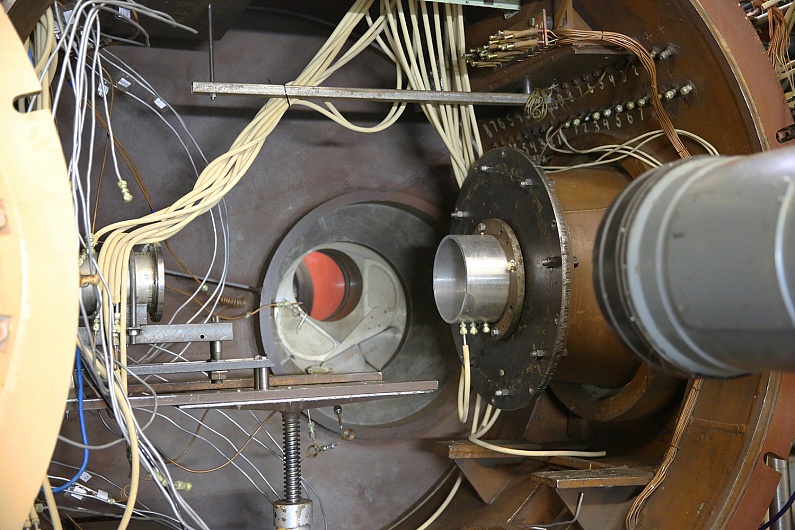 The test facility is intended for conducting applied scientific research in the field of thermophysics of high temperatures and to study interaction processes between high temperature gaseous flows and constructional & thermal protection materials. The Zvezda-type three-phase AC electric arc heater with a nominal power of 4MW and with a nominal power of 20 MW are two main devices of the test facility. 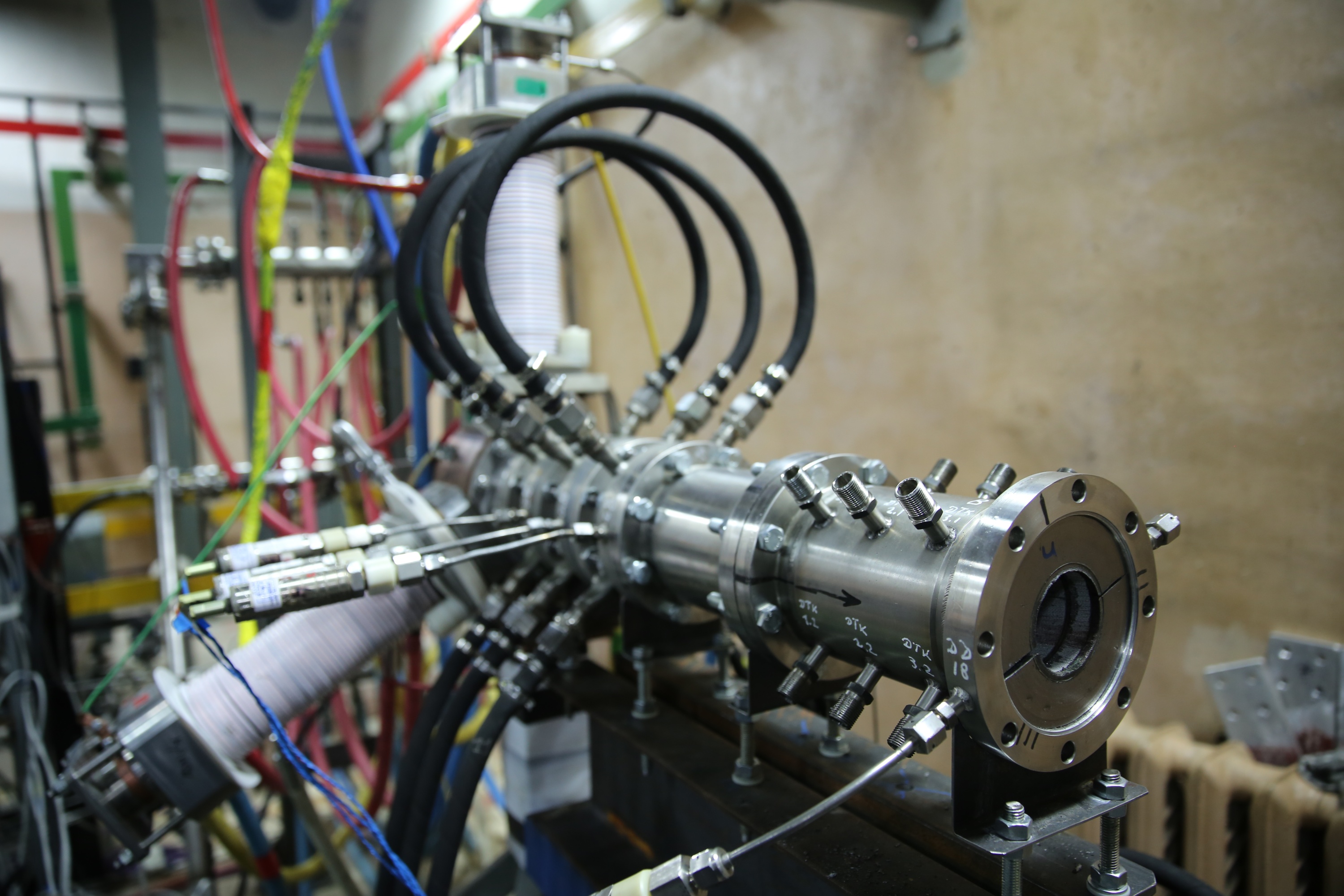 The following tests are carried out here: 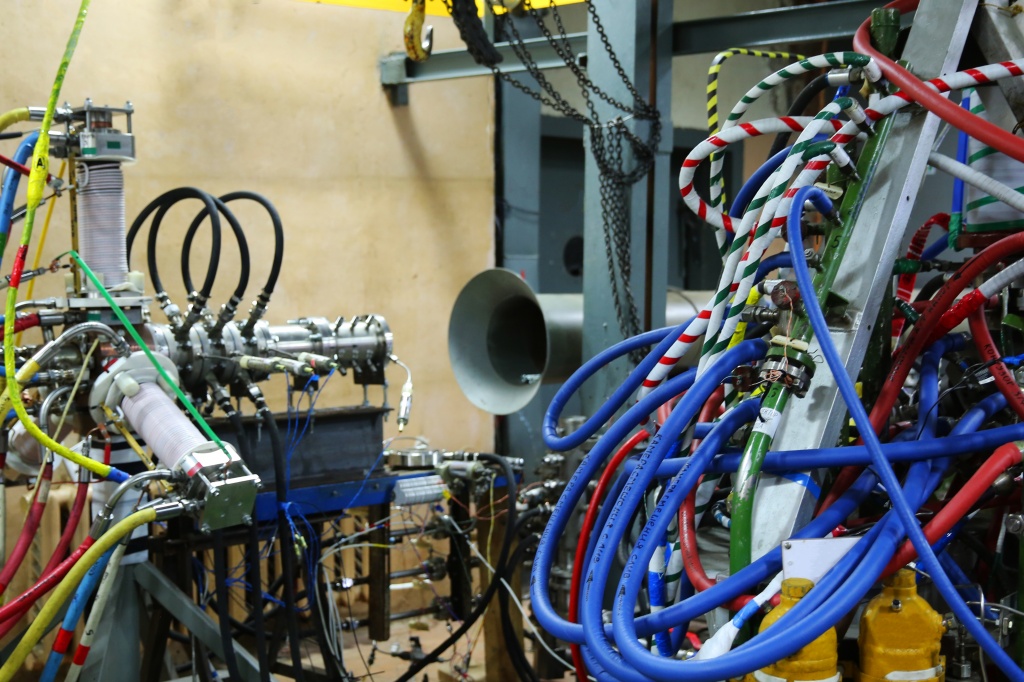 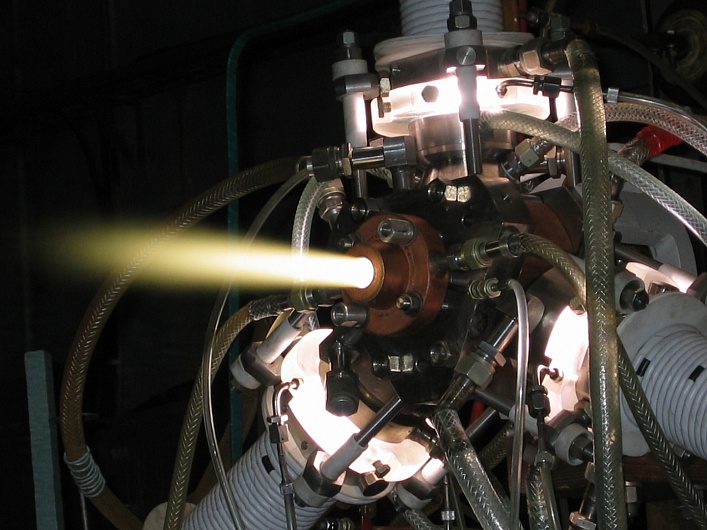 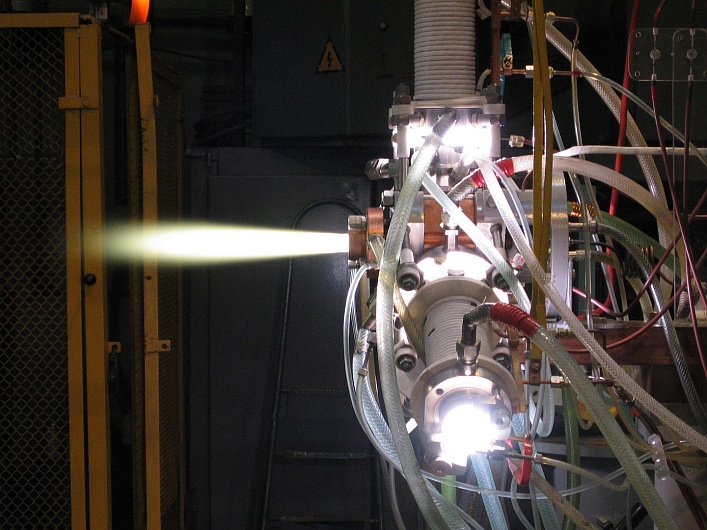 The facility is intended for investigation of artificial plasma formations` impact on electromagnetic waves distribution. 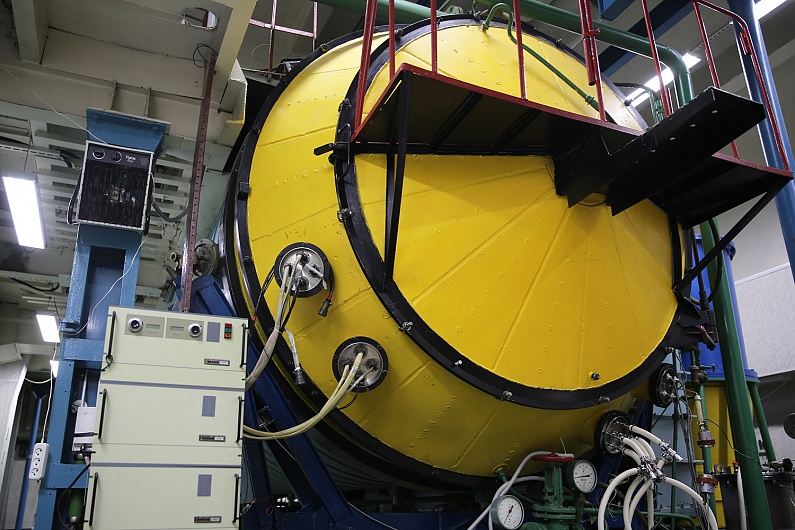 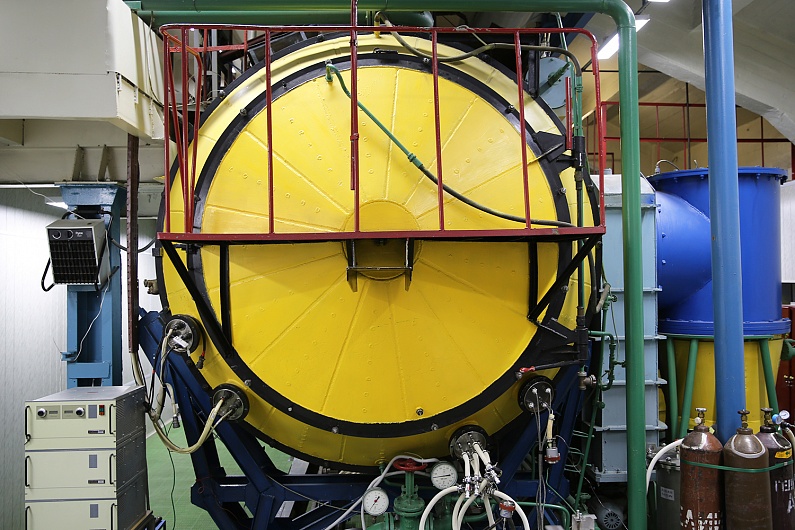 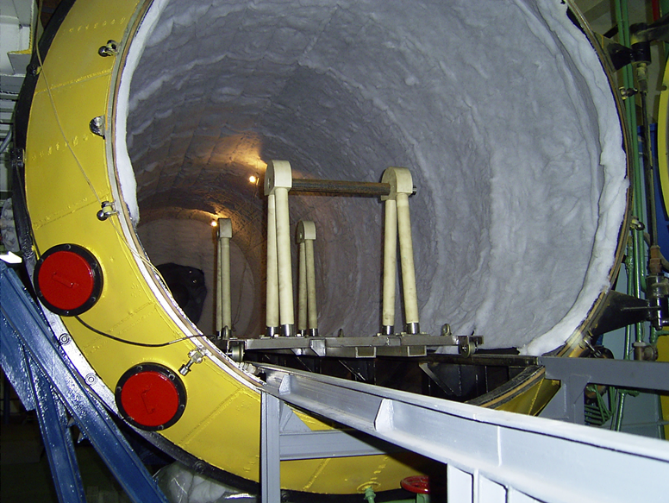 There are two chambers at this facility. 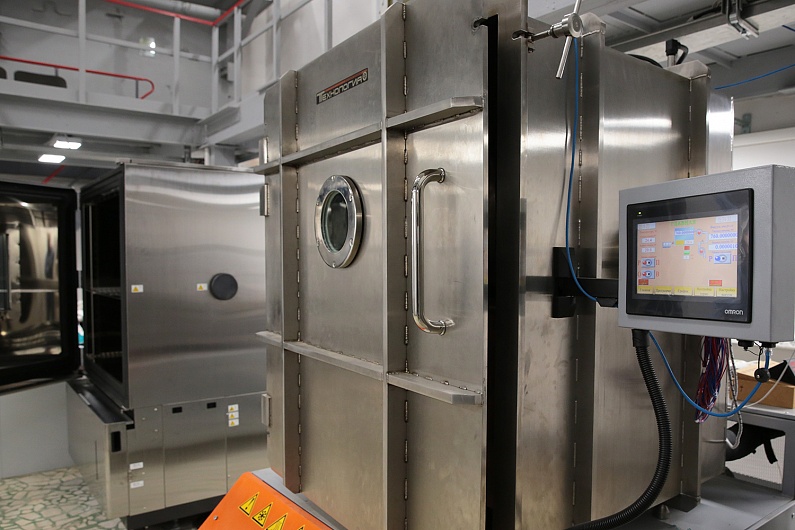 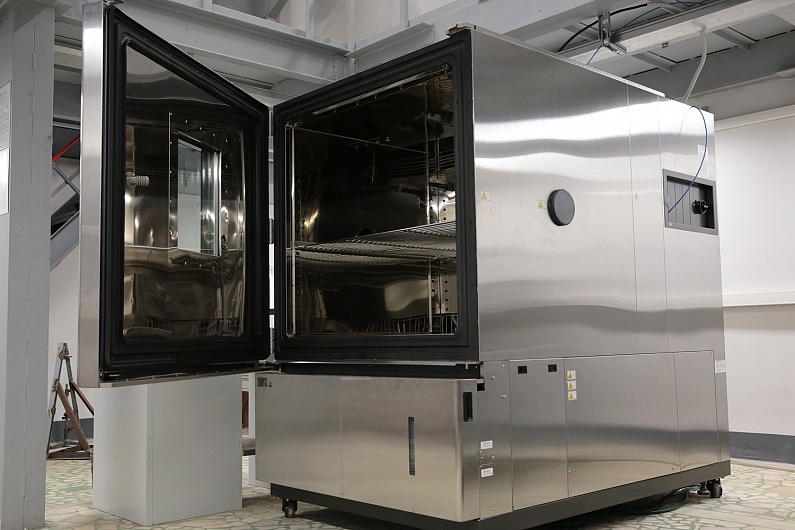 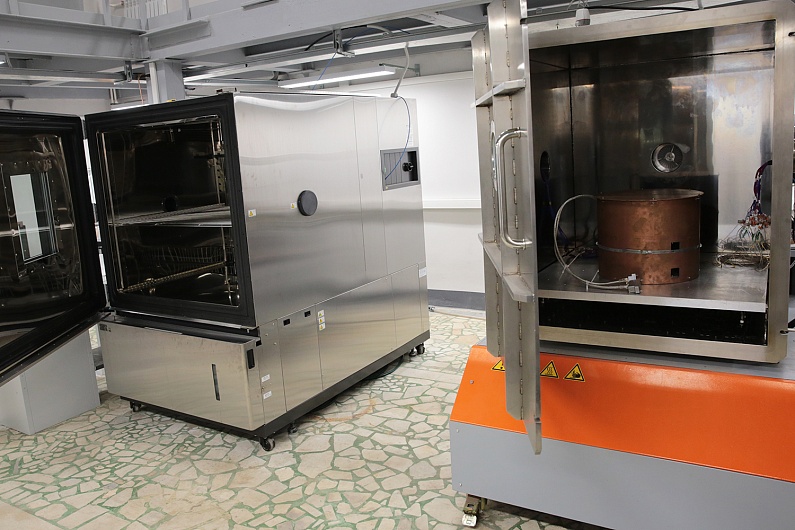 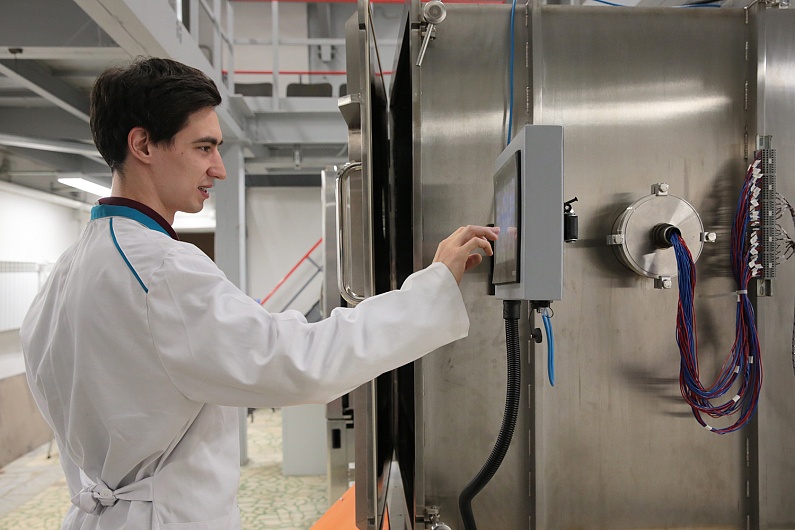 The facility is intended to conduct tests of products for external influences. 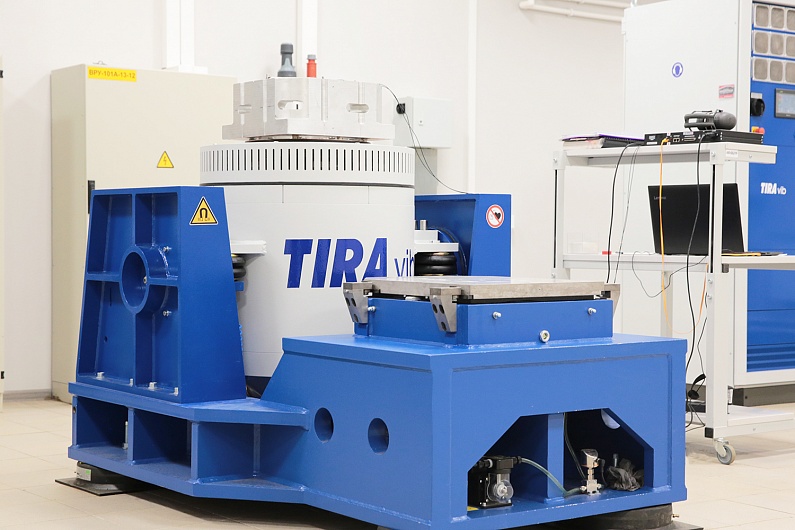 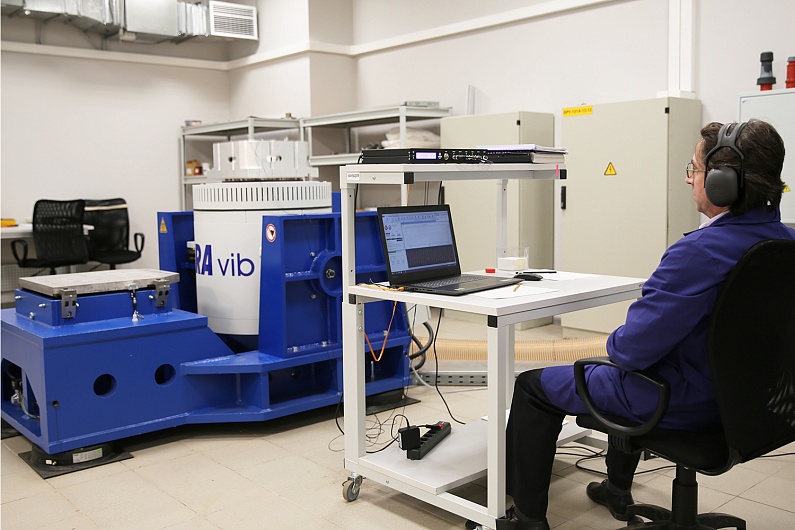 The chamber is equipped with two pre-chambers that allow conducting tests and replacing a product without atmosphere supply into the main unit of a vacuum chamber.

The chamber is equipped with cryogenic pumps. 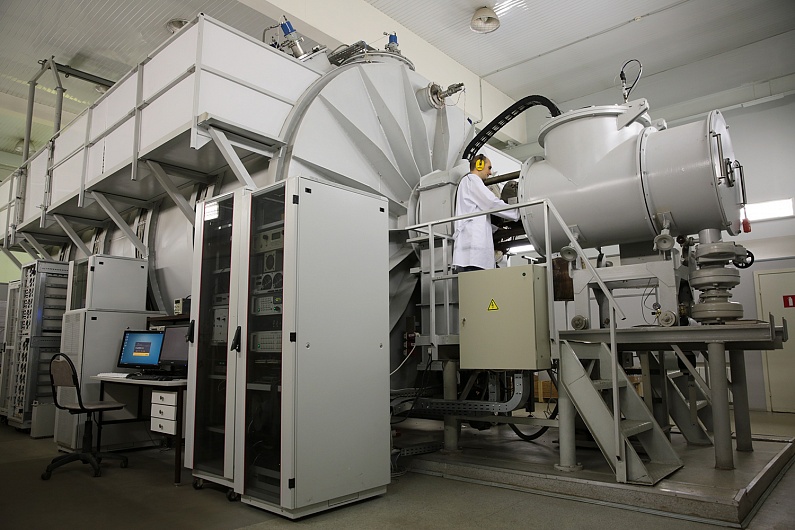 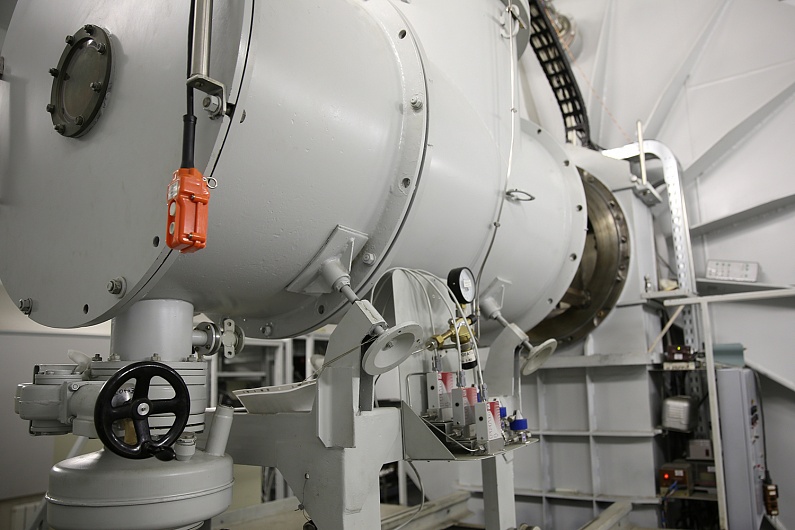 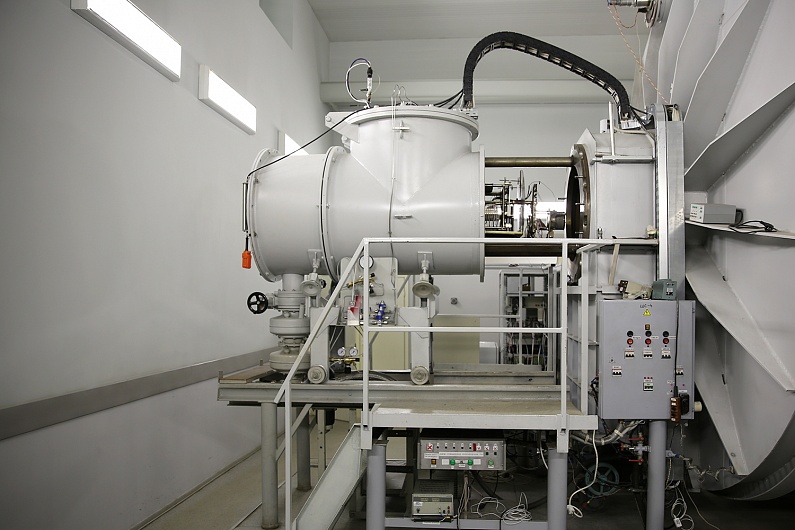 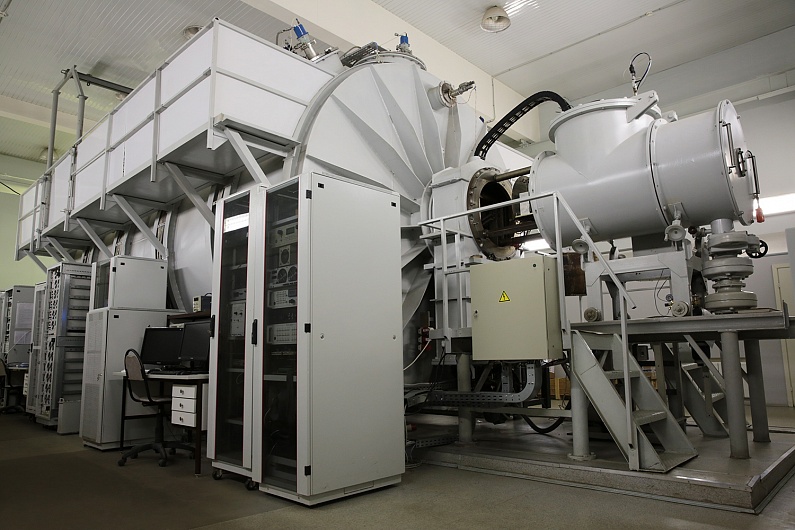 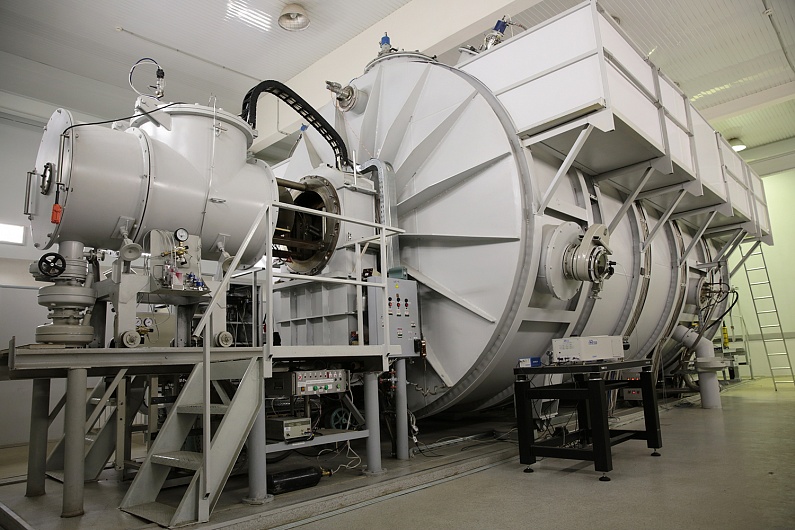 The facility is intended for conducting thermal-vacuum tests of structure elements under the conditions close to natural ones.

The vacuum chamber`s volume is 25 m3 with a high-precision simulation of solar radiation.

Radiometric calibration of infrared devices is used for conducting tests. 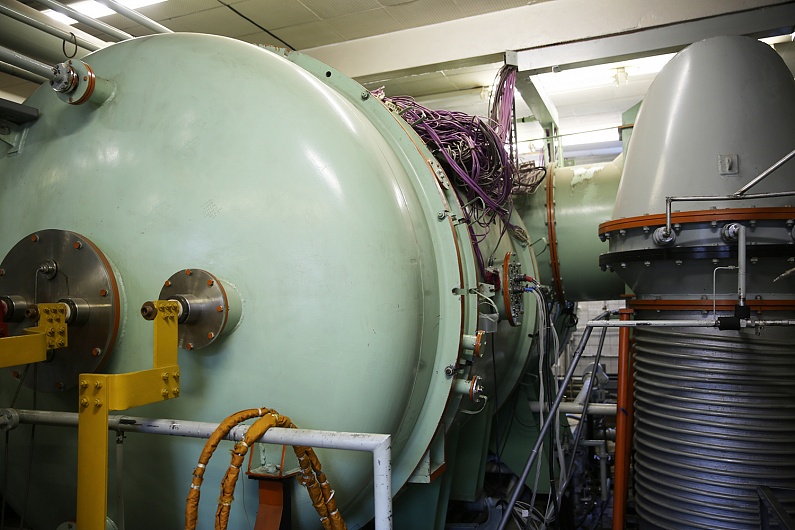 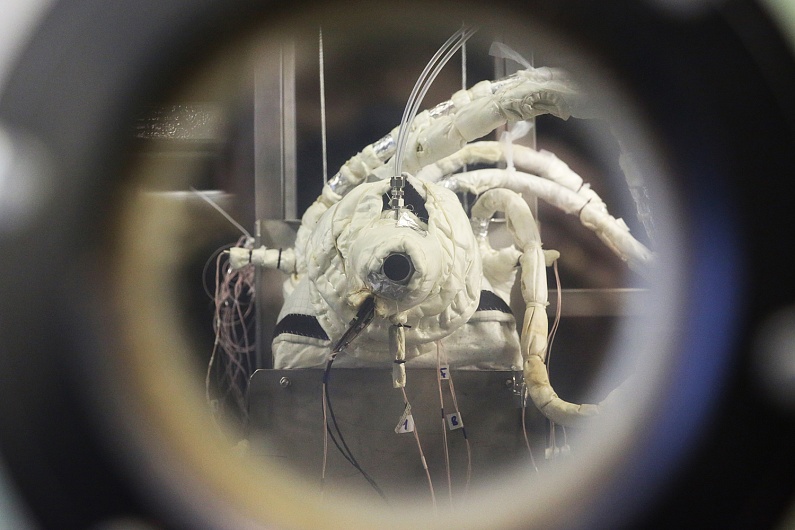 It is intended for testing power systems on fuel elements. 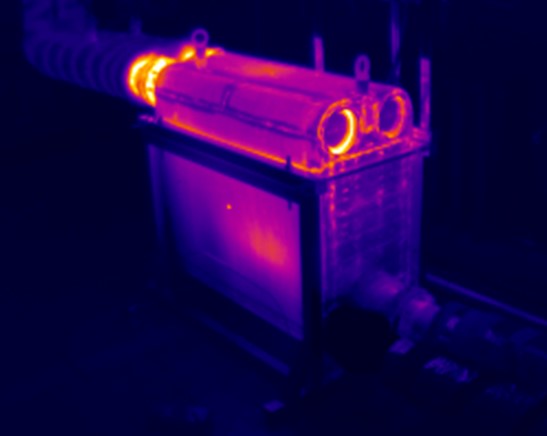 The test bench for manufacturing and testing power systems

It is intended for: 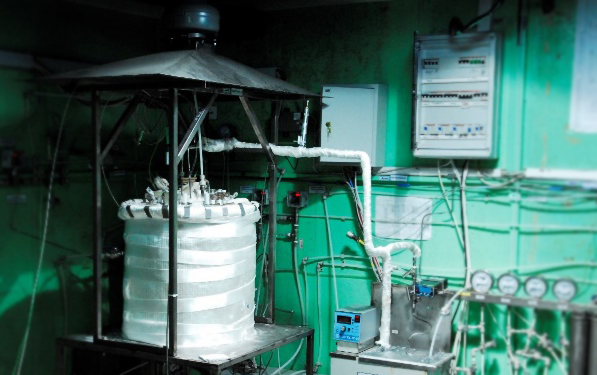 The technical equipment of the test bench allows us to assembly and to test water treatment installations based on such various principles of work as reverse osmotic and ion exchange, ultra- and microfiltration, and backfilled filters.

For testing installations, the test bench is equipped with control and measuring devices as well as analytical equipment, which can record indicators of a water treatment process and can carry out research of new promising directions in this area.

Machinery hall is the most powerful and multifunctional test facility in the world intended for the experimental development of components of turbomachinery energy conversion systems.

Development and investigation tests of components of powerful power propulsion systems with turbo-machine energy conversion are carried out at the facility. 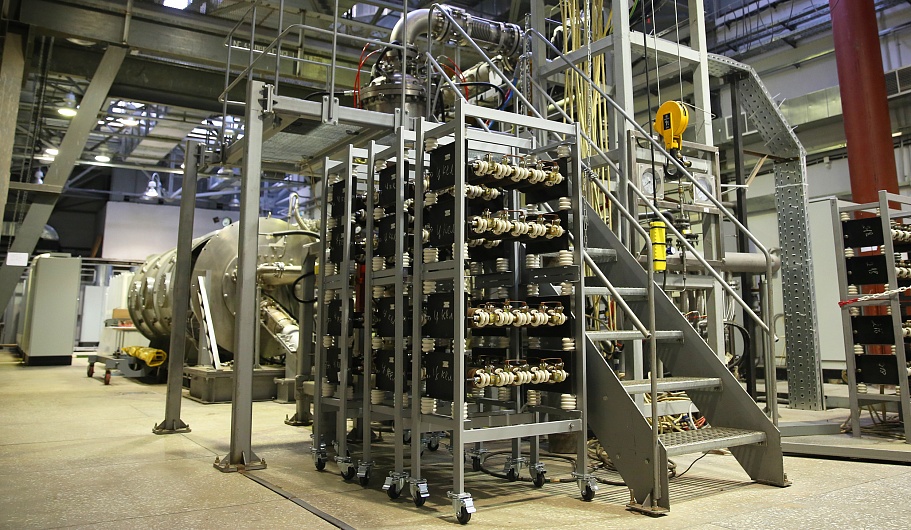 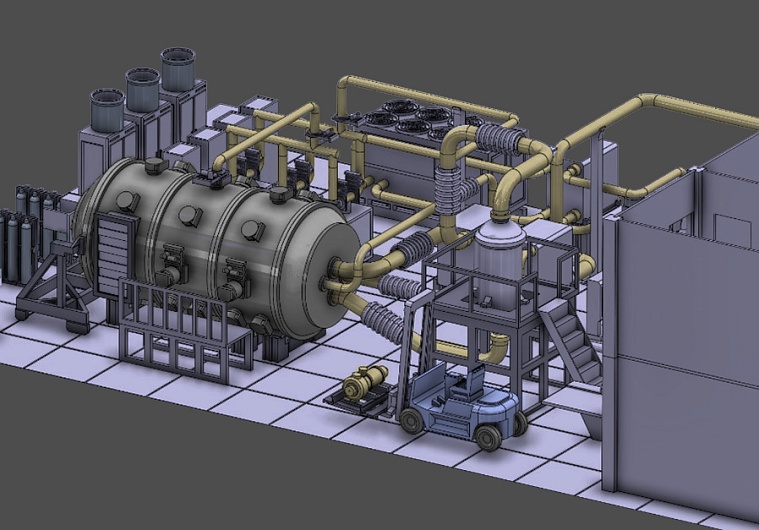 The test facility is equipped with an air-kerosene heater and consists of two installations: 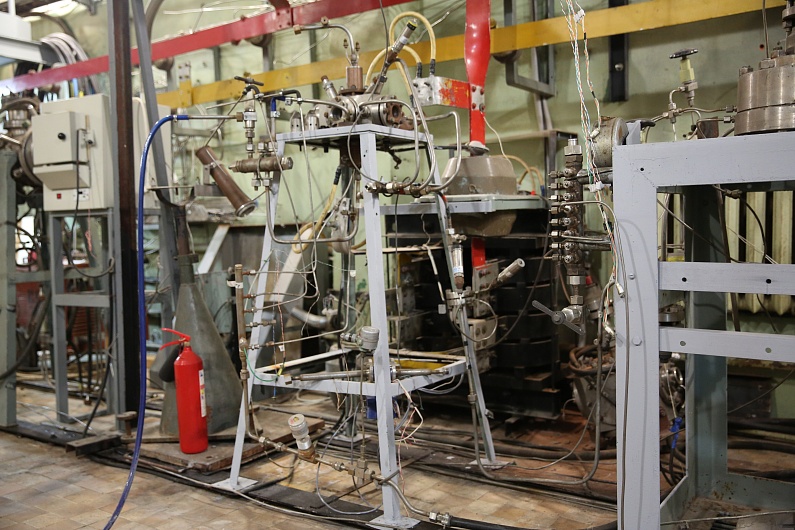 Electrical and thermophysical research works of power supply systems are carried out at the facility.

The test bench is equipped with a charge-discharge system of lithium ion batteries (low voltage equipment, nanomechanical gyroscope accelerometer, lithium ion battery and others) as well as with a complex based on the vacuum chamber to carry out their wear tests under vacuum conditions (up to 10-3 Pa) and low temperatures (up to -100°C)