Innovation project on the development of the Transport and Energy Module (TEM) based on a megawatt-class nuclear power propulsion system. 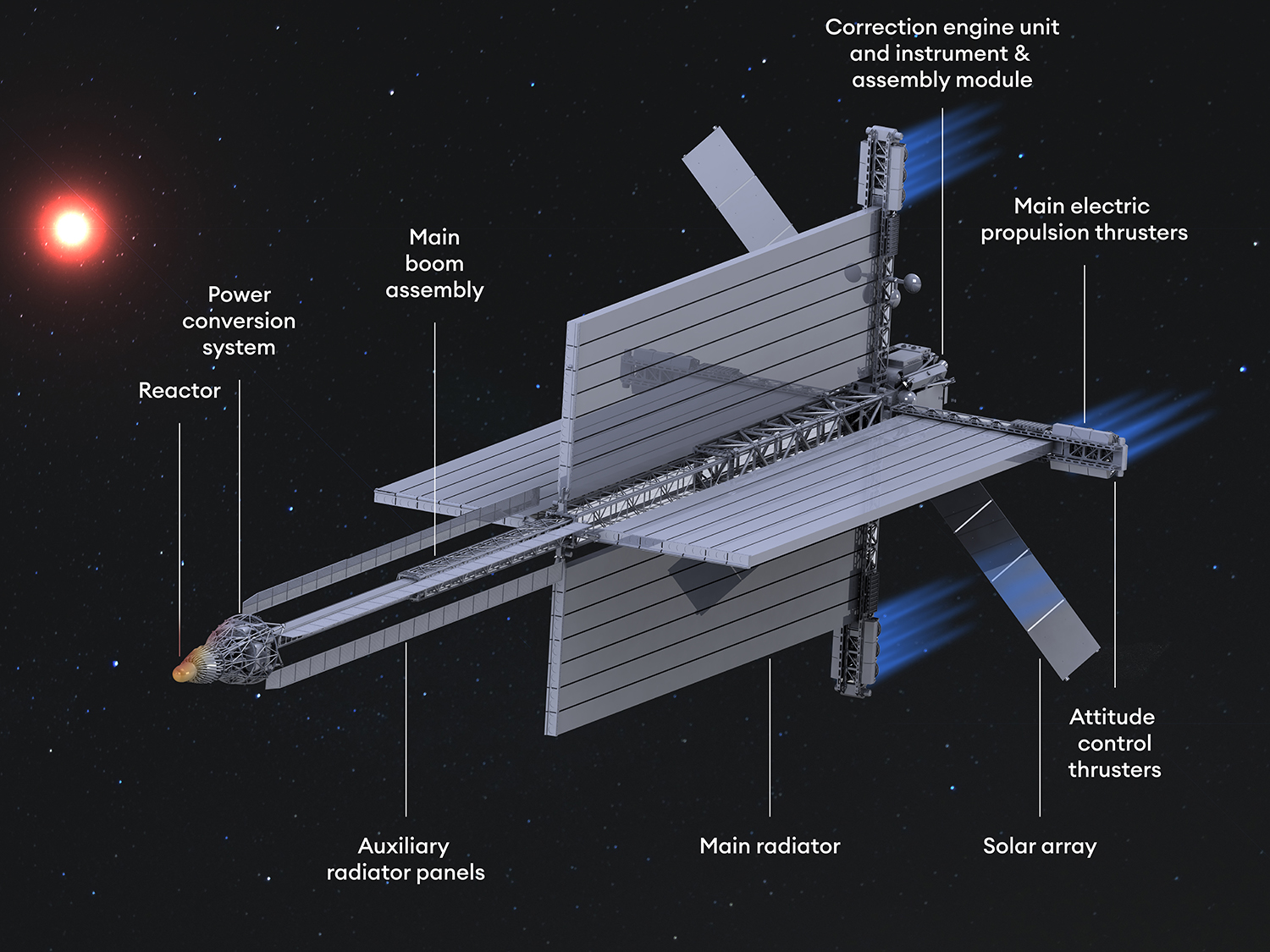 TEM is a new qualitative space transport vehicle that provides:

Fundamentally new tasks that can be solved in space with the use of TEM as follows:

Key innovative technologies developed by Keldysh Research Center within the framework of the TEM project are following:

Developed technologies will make it possible to use in practice the transport and power systems based on nuclear power propulsion systems.

Scheme of the system:

The unique test bench was created to realize the innovative project. It allows carrying out full-scale nuclear-free tests on terrestrial simulation of TEM compound assemblies and elements together with a thermal imitator of a nuclear reactor.

The project has no analogues in the world.